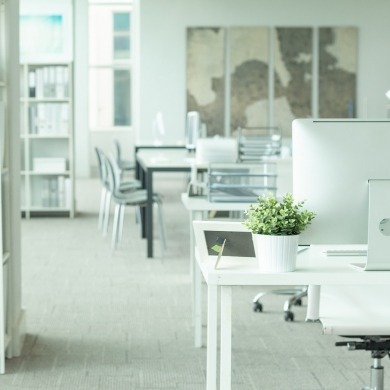 Placing your staff at the heart of the action and encouraging them to return to work following an absence due to illness or accident: these are the goals of the 360° solution designed by Swiss Risk & Care in collaboration with two partners specialised in healthcare and HR.

Our approach activates the three main challenges for prevention which are absence management, healthcare management and human resource management. It is aimed at all the companies who wish to be proactive with their rate of absenteeism by mastering and managing their unscheduled absences.

Our advisors are at your disposal to help you with your enquiries.

Our services for mastering corporate absenteeism

Our Care Desk Absences provides full management of all your staff’s unscheduled absences. At a technical level, our team relies on Unipro and Qlik Sense, two tools to manage, measure and analyse absenteeism in your company.

Learn more about absence management and its advantages

As well as management, we offer a solution for the follow-up of absences during the waiting period. Thanks to Preventio.

After notification by our manager, our healthcare partner, Medgate, will call the employee after the seventh day and then after the 21st day of absence. The employee is provided with support by medical personnel who are qualified, experienced and bound by medical confidentiality. For their part, your HR service has a single contact person, to make things easier: the Swiss Risk & Care manager. You may at all times request a medical examination and/or psychological support.

The advantages of Preventio:

With its 20 years of experience and its 8.3 million remote consultations, our partner Medgate is one of the world leaders in digitalized healthcare. It offers healthcare packs that facilitate your employees’ access to care which will contribute to reducing short-term absences. There is a choice of three options available to you, to be used in addition to the services already covered by your company.
The advantages:
Option 1 - Consultations by telephone or video 24/7
Option 2 – Programme for migraine care
The third most common illness at a worldwide level, migraines concern one person out of seven. The programme “Migraine Care” can be rapidly integrated with your own procedures (two days maximum) and in a flexible way. It includes:
Results: according to a study by Novartis, migraine symptoms were reduced by 54% in 6 months and by 64% over 9 months. The return on investment is 4.9%.
Option 3 – Psychiatric consultation (burnout prevention)
One out of four employees suffers from stress. The median length of sick leave for depression or burnout is 18 months, meaning twice as long as for other illnesses. In Switzerland, the economic impact of stress is estimated at CHF 10 billion per year.
The process for your employees includes:
An initial evaluation by a psychiatrist via telephone or secure video (90 min.) giving rise to recommendations:

Our partner Touch, an HR specialist, provides a predictive and managerial means for the use of data. Qlick Sense, our business intelligence tool, supplies a large quantity of data that it is necessary to know how to analyse.
The goal is to better understand the figures in order to better anticipate situations and thus obtain more effective HR management.
1st step: the diagnostic
It is possible to analyse the data on a monthly basis and adapt the action plan in consequence.
2nd step: The intervention
• Shed light on the proposed situations with a more detailed diagnostic through exchanges with HR, the relevant manager(s) and some employees, if possible, and then analyse:
Consider corrective actions:
To go further

Training for the HR team and managers

In 2019, the annual rate of absenteeism in Switzerland (consult the OFS table) was estimated to be approximately 4% of working hours, meaning 9.3 days of absence per employee (consult the OFS table). More than three quarters of these absences (77%) were the result of illness or accidents, the remainder being due to military or civil service, or maternity leave.
Absenteeism generates an annual direct cost of more than CHF 4 billion for the Swiss economy, according to a study ordered by the State Secretariat for Economic Affairs. A bill which increases considerably if one takes into account the employees close to breaking point due to conflictual relations with the employer or who have become seriously demotivated and suffer from presenteeism while providing no added value for their company.
To the direct costs, meaning the absent employee’s salary, the recruitment, training and salary for a replacement, can be added the costs relating to loss of productivity, team disorganisation, delays and the deterioration of working conditions. In the end, the indirect costs of absenteeism in Switzerland represent between three to five times the direct costs. It must be noted that the reasons for absence are relatively differentiated according to the age of the employees. Younger employees are absent for shorter periods, most often for motivation reasons or conflictual situations; while older employees are absent for longer periods due to health problems or the demanding nature of their work. The latter point represents a key element of the problem. In fact, the sectors of activity that suffer the most from absenteeism are the manual professions and the health and care professions.

The management and follow-up from A to Z of planned and unplanned absences of your employees.
Read more

Monitoring of your employees’ absences and claims from A to Z to free your HR department of heavy administrative tasks.
Read more

Freedom and flexibility in monitoring absences with our mobile application.
Read more

Our internally developed software, Unipro, allows simple and efficient management of your employees’ absences due to illness or accidents.
Read more
Our advice to go further

Sick leave: what solutions are available to transfer the financial risk?

Several solutions are available to help employers meet the legal obligation to replace workers on sick leave. Some of the less well- known ones can resolve these financial problems.
Read more

When an employee fails to report to work, the entire business suffers. To better respond to this problem, Swiss Risk & Care has launched Preventio, an absenteeism management tool. Introduction.
Read more
Talk to an expert Phone E-mail Our branches